David Charles joined the Firm in April 2005, having previously been in partnership locally. He graduated from Exeter University in 1988 and qualified as a Solicitor in London in 1991.  He then moved to Torbay where he has practised ever since.

David has been a litigator throughout his career.  He is now a Divorce and Family Law specialist.  As a member of Resolution David's approach to matrimonial disputes is to endeavour to reach an amicable solution wherever possible.  However, when settlement is not reached David's wealth of Court experience allows him to contest those matters which reach Court as fully as is required.

David's wider experience as a Litigator means he heads our Landlord Services department aiding both Commercial and Residential Landlords with any leashold or tenancy diffculties arising.

As a former Duty Solicitor and Higher Rights Advocate, David is occasionally found representing clients in Criminal Investigations and Proceedings. 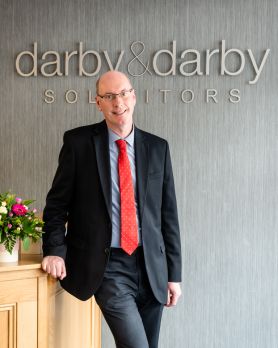